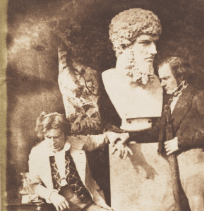 The morning after my stepsister’s wedding (an epic event at which I danced with a photographer from Martha Stewart Weddings who wore a checkered suit and a shy good ole boy from Mississippi, among other victories), I walked into the hotel dining room breakfast, and my family were joking about being quiet and not making loud noises.  “I’m not hung over,” I said to my minimally-drinking family.  I actually wasn’t.

I was annoyed that they perceived me as anything less than always 100% in control, which is, of course, a virtue admired by pretty much no one (well, maybe it was actually admired by the stoics, but they are not exactly my heroes).

It’s usually more of a sleep hangover for me, as I need a lot of sleep, and after dancing for hours, it takes a long time to fall asleep.

Last night, when “our” team was in the Super Bowl for the first time in my lifetime, I had offers of watch parties (a thing I am grateful for, having gone without, often, when I was in New York).  But after a long and lovely party Saturday night, I had no interest in… getting dressed.

I watched the Super Bowl once.  It was actually in Lawrence.  The man with whom I watched it is possibly still bragging to people that he got me to watch it.  In my defense, I was in town, and had nothing better to do.  It seemed like the kind of thing a person should do once.

This year I watched “Parasite,” and was mildly disappointed in cinema’s ability to move me.

Finally I found a video stream of the last five minutes of the game, after determining there was hope for “us” to win.  I watched.  They won.

I really enjoy a community event, everyone feeling the same thing at the same time. It is something I feel in the jam-packed lines to buy food in the university food court at noon, and I miss feeling (sick as it is) when we were all navigating the rush hour subway, especially the change to the 6 at Union Square, when I was trying to go to THERAPY FOR GOD’S SAKE.

Probably a lot of us were.

My place is on the corner of go-downtown-to-climb-stoplights and this-way-to-underage-beer, so without leaving my bed, I was able to peek at both directions, and hear people cheering, screaming, revving their cars.

And then I started thinking about how football is just a way to use black kids for their bodies and discard them, how I sat in my classroom with my dear sweet student telling me he would quit football, and give up his scholarship, if he had more than three concussions, and I thought, he is so wise, and also, why does he have to be wise like this?  Why doesn’t anyone protect him?

I regularly had the feeling that while I was trying to put things into the kids’ brains, the football field was knocking them out again.

People don’t often allows themselves bold displays of joy.  I had just been at a Mardi Gras celebration, where we had big displays of joy, but most of the time, the WASP-dominant middle is reluctant to celebrate.  Americans are so obsessed with work and its virtues that taking time to celebrate or have a holiday is barely tolerated.  One must control oneself and work so that one is tired.

Then the crowd was war-chanting, and I felt my neighbor in the apartment below, my neighbor who is Indian/Native/Indigenous, whatever person prefers, I haven’t asked, I guess I should.  They’re imitating person’s ancestors in a cartoony way, right on the land where we killed them all and moved them off to places no white people wanted to live, and then let them go to their own school where we could teach them how to behave, a school about a mile from my house.  The fact that is is mostly white, and the students are mostly affluent here, reminded me more of a Trump rally than a sports celebration.  Just name sports stuff after animals.  It isn’t hard.  There are so many predatory animals, none of whom need ethical intervention to guide their choices.

There are always reasons to be angry, but the bigger problem was that I was lonely.

The best part of the first party of Mardi Gras this year: I ended up walking with a little girl and her mom.  The little girl started chatting with me, and asked if I wanted to meet her dog.

So then I was standing in these strangers’ living room, being introduced to some dogs, who were lovely, and being handed a guinea pig, which I gladly held, he was brown and white, and seeing some pictures the girl had drawn, and chatting with the mom about local education.

Then both the mom and I were carefully counseling the little girl about how she looked beautiful without makeup, although makeup is fun.

The mom was very apologetic about her extroverted kid, but I like listening to kids.

The little girl asked me to come upstairs, and I explained that since we had just met, her parents would probably be more comfortable with me staying in the more public areas of the house.  This little girl is amazing, and I felt it was a good time to teach about boundaries.

We had been given permission to talk together because I was wearing a huge sequinned hat, and the mom was wearing a crazy wig.  People who had loved me and done so much work for justice were having a good time they richly deserved.  It can be very difficult to make people feel comfortable and show them a good time, but I felt good about how we had done.

Maybe I was hungover from that, if hung over is agitated and flopped over and needing a nap in the sun.

Image: The Morning After “He Greatly Daring Dined”1843–47, Hill and Adamson, British, Scottish.

There are two images that come up when you search the Met’s art for “hangover.”  The other is a piece of Greek pottery from 500 BCE that may have eyes painted on it in order to prevent “sickness and hangovers.”  The information on “He Greatly Dared Dining” is so great I’m including it here:

In this cleverly staged scenario, Hill (seated) appears to be suffering the effects of a hangover. Holding the artist’s hand and fixing him with a disapproving look is his friend James Miller, a temperance reformer and professor of surgery at Edinburgh University. The Roman bust between them—by Hill’s friend John Stevens—seems to be turning away from the artist in disgust. The title of the photograph is a pun based on the epitaph on Phaethon’s tomb from Ovid’s Metamorphoses: “Here Phaethon lies who in the sun-god’s chariot fared. And though greatly he failed, more greatly he dared.” In Greek mythology, Zeus struck down Apollo’s son Phaethon after he lost control of his father’s chariot. Hill may have recognized himself in the doomed figure of Phaethon as he attempted to harness and control the power of the sun to create his photographs.