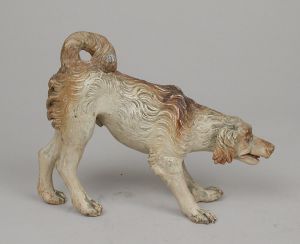 Last fall, I cared for a family member who was ill.  Now we can hardly be in the same room.  Let us call person Blue.

I feel like Blue has died.  Like you feel when someone emotionally break from you, and stays physically present.  Like when someone gets dementia.  Or breaks up with you.  My former cat Grover is currently more here for me than Blue, and Grover has been dead for 20 years.  “Sgt. Pepper’s Lonely Hearts Club Band” is more there for me, and it’s (arguably) never even been alive.

Like Blue yelled, and half the mountain’s snow came rumbling down and buried us both.

I watch others get along with Blue as if everything is normal.  Family events splinter because others are afraid we will fight.  In a small group setting, we will fight.

We will fight about something that matters deeply to me, something I feel I have spent a long time studying or learning about, something that will lead to me feeling like Blue doesn’t respect me, or think I know anything, that like many other people, my life of focus on art and social justice is an embarrassing, self-indulgent, impractical circus.

My life is all of those things, but what I mean here is that my ego gets kicked right in the nuts.  I’ve been working on it, but I have soft spots.

Mental illness sometimes means disregarding the person’s wishes is the right thing.  The person is not thinking well.  That is a cause and a symptom.  I, along with others, planned and schemed and brainstormed to encourage Blue to eat or exercise or deal with the medical bill mess that results from being sick in our fucked-up system, even when you have insurance.

I drove Blue to appointments, sat in waiting rooms, coordinated with others to protect Blue from difficult information.  I cleaned.  I took recycling and garbage out. I was happy to do all those things.  Really happy.  There was nowhere else I wanted to be.

At Blue’s last session of treatment, I was having my first almost healthy day after three weeks of the flu.  I had a little less filter on. We argued.

Blue told me I shouldn’t  have come if I wasn’t feeling well.  This enraged me.  Blue refused to go to last treatment, and refused a ride home.  Blue insisted on Ubering.

(Aside: uber is a pretty gross word.   It sounds like either a German sex position that no one enjoys except Germans, or a sound geese make when they are choking.  I know its association with Nietzsche doesn’t help.)

Or maybe I have a bad feeling about Uber because Blue has issues with driving, and calling for an Uber is always a threat in the threat menu.  Those threatened feel terrible for not being able to keep Blue comfortable, and embarrassed that someone close to us is acting out of uncontrolled emotion.

It’s a step up from “I’ll just walk then!” which used to be the thing, so I guess that’s an improvement.

It was good that it took almost an hour because I was mad as hell.  I have my own mental health struggles, and having the flu for three weeks hadn’t made them exactly better.

Blue had never checked up on me, never asked how I was feeling, during that long flu.  Blue had only complained about me not being around.

I’ve had two recent encounters with fire.  First, my famous elderly cat walked over a candle and set her belly fur on fire.  I screamed, grabbed her, and she was already extinguished, and looked at me like, put me down.  Lady.  WTF.

Then: I went to a shop going out of business, and I got a little sundress, and two votives with flowers painted on them.

I got home, put on my sundress, which I intended to use to sit around at home feeling sunny.  I sat on my couch, in the exact place I’d been sitting when Miranda made her move over the candle.  I struck a match to light a votive, and a spark leapt from the match onto my lap, my sundress.

Again, from the exact same spot in my apartment, I leapt up, this time, folding it together, this time again it was immediately extinguished.  But there was a hole like a cigarette burn in the dress I had bought 20 minutes earlier.

I was a little bummed out.  I pinched the fabric out and cut a neater hole, removing the singed edges.

In an avalanche, I would wish for matches and a votive.

In an avalanche, I would wish for a straw to breathe through.

I would wish for a small shovel.

I would wish a St. Bernard with a barrel of brandy around his neck was above, finding my scent and starting to dig.

I would hope that digging up, I would meet someone digging down.