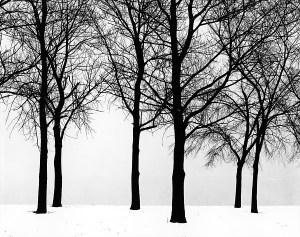 It is a cold day, not just that cold, although it is temperature cold for the first day of the year in New York, a day I knew I couldn’t have bare knees above my boots.  Everything else is still bare, though.  No snow.

My friend’s mother died, on a cold day.  Not here, she didn’t die here, she died in the one place, here she is still, as I think of her, and the little bit I knew her.

I have often spent the weekend with M, in this little college town, not Ann Arbor college town, smaller than that, and less bold, less flippant.  On a Saturday morning, her mom often dropped by and said, “Elizabeth, how are ya?” and we would chat while we had coffee.  This mom was about good people doing the right things, and how wonderful it was, and only 3o seconds for why is anyone not a good person, a good American?

She followed politics to an extent that always embarrassed me, she followed it the way I knew it should be followed, but I didn’t, she knew local, she knew small, she knew how the local ladies had their nails done for the visit of one Barack Obama, Senator.  I was like, awesome.

There are only a few areas I like to be shamed for my ignorance: politics, religion, and opera.

Six months ago, M sent me a package with a Kermit chia pet inside it.  Apropos of nothing. Every day during that time, I was steeling myself to get screamed at, be insulted, be reprimanded, be fired, have my kids taken away.  I know, not MY KIDS, but, still.

People don’t know how far their kindness extends.  This is how far M’s mother’s kindness extended, to raising her daughter to be a person who would shower me with kindness and loyalty and encouragement, like it was going out of style.

It’s confusing when people die in spring, or summer.  In winter and fall, it feels like this has to happen.

Another friend called me yesterday and told me he was broke.  It was good for me to hear my own talk on this matter, as this is the first month in a while I did not completely freak out about paying my rent.  I did my talk about our economy, about capitalism.  There is plenty of money out there, it’s very ineffectively distributed.  The whole system is set up to shame you if you fuck up, the only reason anyone doesn’t have enough money is his own irresponsibility or laziness.  But why is anyone allowed to charge usurious amounts of interest?  Why is health care not something we pay for together?  Why isn’t education?

I was sitting on the train I couldn’t afford (my plan to only pay when they checked tickets has resulted in the LIRR making an immediate crackdown on checking tickets), yammering on like a good New York leftist, until we went underground to get to the stop in the poorest part of the city.  Almost no one gets on there, and almost no one gets off.

Walking home from the train, I thought more seriously about paying my credit card bills, beginning to dig myself out of the hole of being unemployed but continuing to, you know, eat.

How I feel in M’s home is that I am a good person.  Sometimes I am a good person, and, other times I hate people for having more money than me, more bylines, cab fare to be snatched from one place to another as they wish.  I hate people for being who they are instead of who I want them to be, for not reading my mind, for telling me things I already know as if I haven’t spent my life trying to know things.  Maybe I’m still a good person then, but I don’t feel like it.

Having people think I am good makes me better.  I don’t even think about other people because I’m pleased to be myself.  I am given coffee and a bagel and a glass of wine and cheese, and told I am good, and I am better, in a kitchen in a town I would otherwise never have known it existed.

We are becoming covered.  As the bushes and trees when it snows, we are more and more covered, as winter grows, and then as it retreats, we will be less and less, it’s true, most of us will be here for that, and it will be a different world.  It might even be better.

We haven’t had snow here yet, to cover our cold.  We will.