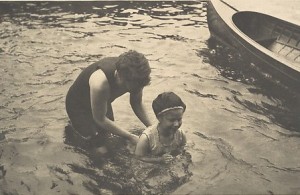 Lent brought me to my knees.

I went back to work Tuesday distrustful.  I walked to the subway Wednesday with my right knee only a little sore.  I guess I am going to live.

I did not give anything up for Lent, or add any practice.  When my grandma died, the day after Ash Wednesday, it was clear that Lent would be mourning for me without any additional work.

I got a ten-minute massage every week of Lent, though.  Here it is easy and fairly cheap to get the chair massage.  I’m sure all six of those helped.  I’m just estimating there were six.  Three in Brooklyn, two in Manhattan, one in an airport on my way back to or back from New York.  Who knows where.

I’ve made uncomfortable friends with looking for another job next year, and with my grandma being dead.  I dream it out, sometimes.  I’ve never had one of those communicate-with-dead-people dreams (maybe those are for people who have some unresolved business with the dead, and I never have).  Mine are just about the person being dead, and thinking about that.  Years ago, I dreamt my great-grandparents were at their farmhouse kitchen table as usual, both of the half-rotten, great-grandma trying to serve me vanilla ice cream, and I had to tell her, “Look, you’re dead.”

The work of changing, the work of grieving.  “The work” is festishy in education circles, now, maybe everywhere, I hate its Yankee obsessive feel, the way only a Yankee obsessive can.  But what else?  The stuff there is to do.  The swimming or the treading water or the sinking or the napping.

Parent-teacher conferences, meeting with kid who refuses to do anything for me, the tangle of what that means for me, for him, for his angry parents.  I’m supposed to inspire him, he’s supposed to want to better himself, his parents are supposed to get him to behave outside their home.  None of this is happening.  The flinch when parent says, “This is my fault.  I made a mistake.  I told him about my mistakes, now he thinks he’ll go the same way, that this can be fixed.”  What was the mistake?  It takes less for me to spin off into wondering at what connects to what, what touches what.

Teaching, education, is more art than science.  We have some ideas of how it works, sure, but there is never a control, there is never one best way, these are humans in all their complexity we are dealing with here, especially with kids, kids whose brains are under construction.  The longer I am teaching the less power I think I have, we all have.  Which doesn’t mean I don’t try as much, or work as hard.  It’s just not for the same reasons.

Lent art, not science, have faith in the rituals, they work, but don’t expect old lessons apply, Lent neither a trial run nor a proof.

Priest said if you believe God is real, that is faith, that is enough.  I don’t know what “real” is, there I am spun off again.

My grandmother, more dead than she was on Ash Wednesday, me more hurt and more healed.  And my knees will support Holy Week.