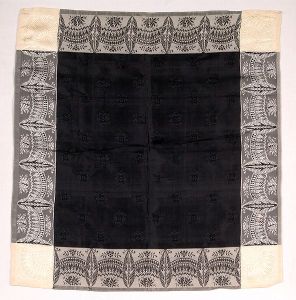 If I say I waiver between a stiff upper lip and fuck it, you probably can relate.

I envy the people with little kids.  They have a deep, thorough distraction.

Hard to know when l am being easy on myself, and when pushing myself might result in feeling better.

Reporting here from day 20, or as I like to say, 23, counting from when I last had contact with the public, rather than just my family.

Being forced to do things you don’t feel like doing is one of the first steps in dealing with your mental/emotional cuckoo.  I had my worst breakup over Christmas, and it was actually good (well, I mean, not good, but softened) by having a lot of stuff I had to do, people I had to see.

Which is probably good.

Last night I couldn’t sleep again.  Listened to podcast after podcast, got up and colored some mandalas from a postcard book I never thought I would get around to doing anything with.  I do find that coloring in extremely satisfying and engaging.

Friend suggested I read a piece about Christianity and corona, and she was definitely right.  I wish I had written it myself.  N.T. Wright takes us to the place where Judaism and Christianity know what to do, lament.  Complain, and freak out, and scream, and cry, and stare, and it doesn’t change anything, but we live in our feelings, let them inhabit us, not knowing when they will move on.

I guess I am angry because I was doing okay in grad school, which isn’t easy for me, and now I feel too scattered, messed up, depressed to return to finish the work.  One of my primary tactics is to be deep down secretly mad at myself, and then shift to being mad at [insert outside target here].  We should just end the semester.  What do I have to do to catch a break?  I am always letting my career get screwed, by bad bosses, loyalty to abusive places…. That’s as true as anything, and also it doesn’t matter.

It’s me rehashing different painful patterns to reassure myself that pain will come in the same packages, over and over.

Wright’s piece focuses on lamenting in Psalms.  We also have an entire section of our text dedicated to lamenting, titled (spoiler alert) Lamentations.

How deserted lies the city,
once so full of people!
How like a widow is she,
who once was great among the nations!

…The roads to Zion mourn,
for no one comes to her appointed festivals.

…All her people groan
as they search for bread;
they barter their treasures for food
to keep themselves alive.

…No one is near to comfort me,
no one to restore my spirit.

…My groans are many
and my heart is faint.

Lamentations includes a logic behind the suffering, though.  As usual the people have done bad stuff, and they deserve this.

That doesn’t help me.

It’s old Job who’s up to bat, and he does what he always does: pisses everyone off.  There are no answers, everything is bullshit, and God is like, “Back off, asshole!”  And then things calm down.  And they’re okay again.

I have always loved the argument of Job.  The inclusion of that story in a religious text is a mark of great courage.  Reading it, no one has the answers.  People just yell and go around in circles until they’re worn out, and then things get better.

This describes pretty much all of the family altercations I’ve participated in.

Sometimes the pain and yelling takes us a very small step forward, into considering someone a person, rather than a parent.  Sometimes nothing changes except in some bizarre way, we are soothed by replaying the conflicts we’ve always had, and probably always will.

Some people think Christianity (or Judaism) solve the problems of life in some comprehensive way.  And others of us see the Job story pointing straight at the Buddha’s answer, or psychological directives about feeling your feelings and letting them go.

At this point in my bullshit corona virus sucks-to-your-ass-mar journey, I’m feeling more numb than anything.  I know your mind, your heart, just get overwhelmed.  Circuit overload.

I can hear the quiet echo of lament, though.  Rocking itself to sleep.

Quotes from Lamentations chapter 1, various verses in order.  I went with NIV because I was lazy.

The great article by N.T. Wright.