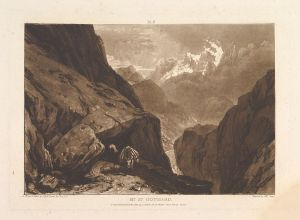 I poured oatmeal into boiling water, and then said to myself, could you get the trash out before the oatmeal burns?

I ran the trash out.

When I stepped outside, I was shocked that it was 75 degrees, the exact temperature I felt like a fish being let out of my pet store bag into the appropriately equalized temperature of my new tank.

I resolved to go for a walk later.

It was hard to make myself go.  Staying at home is one of the few things I can control.  But I also know that with my anxiety issues, I have agoraphobia as a possible pitfall, and I want to train my brain to know it’s okay to leave the apartment.

Usually I would do a neighborhood walk, not up the hill to campus.  This time, walking to campus sounded reassuringly normal.  My usual walk to campus is a mile, and then I walk a mile home, and I have a reasonable amount of exercise for the day.  (Especially including the enormous hill I have to climb.)

I turned down my street to walk a block parallel to the hill.  The first other humans I saw were four boys sitting on their roof, drinking beer out of cans.  I waved.

Unhappily, even apocalypse now does not mean everyone will look at you and wave or nod hi.  It’s hard to break this WASP crust, I tell ya.

I was happy for them being in fresh air, having each other, drinking beer.  I wonder how much of our town is drunk, just drunk all the time.

Some girls on a porch.  “Boys” and “girls” meaning they are college kids.  How is this different for them?  Are they more resilient because they are younger?  Or more bitter?  I’m doing apocalypse as part of my mid-life crisis.  Does that intensify it?

I turned to climb the hill.  Once I set down my phone to measure the steepness.  I can’t remember the number.  It satisfied me.

It’s steep enough that I don’t think I know anyone who could walk up it quickly without being winded.

At the top, I turned the way I usually do, past the school of religion, the student union.  They were empty, of course.  I thought the eeriest thing might be empty parking lots.  Parking on campus is at a premium.  Now you can go wherever you want, but why would you want to.

There were quite a few other people walking on campus in the beautiful weather.  Far more than six feet away from each other.  We have a lot of space here.  Joggers.  Walkers.  People a la bike.

I opened up my Harry Potter game.  Am I still addicted to this stupid game?  Maybe.  I was thisclose to giving it up, but it does reward me for leaving the house, so I really shouldn’t.

I “dined” at some “inns” and “vanquished” some “evil” things.  And kept walking.  The flower beds have not been replanted the way I think they would have been.  But forsythia are going.  I had already pointed that out to my niece.  “Forsythia,” I said more than once.  I never knew the names of plants, growing up, so now I heal that confusion by trying to force kids to learn about plants.

I turned to walk behind, instead of in front, of the tallest building on campus, the one with the flags on top.  There was so little other noise, the flapping of the flags was eerie.  There’s an old house with pillars that seems to now be a dorm of some sort.  I got close enough to see that there were flyers on the doors that said, “Please ring, and a staff member will help you.”

I’m interested in the signs.  What exactly they say.  Do they explain, do they have frowny faces, do they promise to return, or not?

I sat on some steps and defeated some more evil… somethings.  Don’t know, don’t care.

I could hear, because I sat so long, my ears adjusted and I could hear that there were people in the building, saying something like, “Do you want me to leave it like this?”

A crow perched on top of the building and yelled several times.

I would rarely take the time to listen this long and hard, or be so undistracted as to look hard for where a bird was.

The carillon rang out, the same song.

The sound bounced differently, hollowly, without many soft bodies to mute it.

What is it like?  Chernobyl?  Walking Dead?  The Twilight Zone?  It wasn’t as bad at that.  It was kind of like Chernobyl, nature taking over, and Walking Dead, people staying away from each other, and Twilight Zone, events that we are all, still, struggling to accept as real.  Events that don’t compute, don’t fit with all our previous knowledge of the world.

I walked a little further and saw a huge batch of forsythia just on the other side of a fence.   This was another part of the steep hill, the edge of it.  I reached over and twisted and yanked off some blossoms.  I love their color.  I love that they are early.  That they show up in spring and are like, “Let’s go.”

I carried the two branches home.  Things were paused, rather than finished.

There were a few cars here and there.  Maybe people left them there.  If there are only four people in a big building, I guess it’s no problem.

I wondered about experiments in progress, everyone’s research.

Right before I went back down the hill, I stopped at the hotel at the top.  It looked to be closed, but I wasn’t sure.

That sign said something about how when we were allowed to be in groups of more than 10 again, they would reopen.

I have complained and hated on this hotel because it replaced a charming, raggedy sub shop, and because they flew only a Kansas flag and a KU flag.

Now they have only an American flag up.

It did feel good.  Really good.  Fresh air was good.  The forsythia in my hand, I hoped people saw the color, and knew I would have pretty flowers at home, and that made them happy.

Walking down the hill, I heard someone blasting “Under Pressure.”  Apropos.

It’s nice to be in a college town.  I thought pretty much all of the kids would be gone.  But I saw plenty out, on a nice day.  How is it to be so young now?

I put my forsythia in a blue vase.  I thought they would hardly last a minute.

This morning, though, they still looked fresh.

2 thoughts on “Up the Hill”