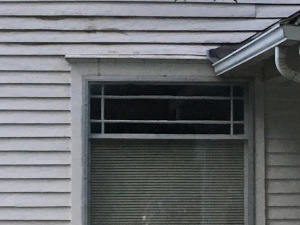 My favorite story from one of my favorite writers is that she bought a chicken at the grocery store, and then on the way home, she threw it in a trash can.

The flat world that we usually see, where we are felt cut-outs on a felt board, being moved around from bed to work to play to bed, the board had turned so I could see the cracks, and how it was put together.

How I’d been told to think of things, how people did, how I didn’t want to not think, my idea of cycles and emotions and events come and go, on their time.  Nothing happens on my time.  Now I know this.

I pushed the cart, a tank of a vehicle.  I needed to lean on it.  Still weak from some tiny particle that got inside my body and tossed the whole place like a thief looking for jewelry.

What was beautiful about taking a box of Quaker Oatmeal Squares and putting it in the cart, from the shelf at Checkers in Lawrence Kansas in October of 2019 wearing my new-to-me black sweater and denim skirt an flip flops?  What beautiful about gazing on the humble but colorful bags of frozen fruit, Best Choice?  Drawings of the fruit before it was frozen.  What beauty in me being alone, and past the mourning of what I wanted, mostly, on the balanced place of (if I’m very lucky) half my life behind, and half ahead.  Beautiful about the bags of frozen fruit, in the hand identifiable pieces, but hard frozen, no longer themselves, exactly.

Beautiful about not having the ghosts of Whitman, Melville, James Baldwin, for comfort, people who had walked the same street and ridden the same subways and looked at the same river, the East River.  My ghost friends who felt the horror and hysteria and very heavy, settled love of New York City and its endless arms.  Manhattan sleepy Sunday off-tourist time downtown, when it’s unseasonably warm, its oldest and narrowest streets, where the new gloss and grubby greed and the African burial ground and the Statue of Liberty all coexist as New Yorkers do: crabby, internally focused and also presenting themselves, hard, always planning: where to get off the train, how long will it take to get, how the Sunday trains will fuck you, at a time they think you should stay home, say, noon.

No, I was in Lawrence, Kansas, on land taken from the Sac and Fox and Kickapoo and Potawatomi.  I’m at the grocery where they tell all the newbies to go: “it’s the best.”  Best selection of “ethnic” food for people who came from China or Peru, to study or research.  Cheap.  Local.  Big American flag.  Annual meat sale.  The longboats of meat, red, red, red.

Here there aren’t so much ghosts of writers as there are actual writers, people who put down words about what happens, and some of them stick to the insides of others’ minds.  The imposing bulk of The Greats is less a discouragement, but it’s less an encouragement, too.  Could anything good come out of Nazareth?

And the land here, you see lots of land that just belongs to plants here.  Just outside town, there are farms and open lands, with hay roll-ups and dark cows at leisure and many enormous birds, hawks who make the lazy circles they are accused of making in “Oklahoma.”  They do this without pay.

I push the cart: bananas, frozen raspberries in an opaque white bag, box of cereal, fresh spinach in a plastic shell, box of granola bars, wearing plastic coats inside, and a vat of fatty yogurt.  Presealed bag of cherry jelly beans.

The skies are the main difference.  In the Checkers parking lot, the whole sky is like, this is what’s up!  Look at me!  And in New York the sky worked with the buildings (the ones I miss most at the Bloomingdale’s stop, for some reason), and the bridges, and the rivers.  It was a team effort.

Stars here, lit windows there.  Narrow restaurants both places (nothing helps a restaurant like being narrow).  In Lawrence, people regularly stirred by the comings and goings of kids who become almost adults, and buy suits and sit up straighter and get jobs, and in New York, people regularly stirred by rent increases, far away wars, going to a bar in a different neighborhood one night, being willing to chat one day when you’re both so sick of the fucking Sunday trains.

And the Kill Creek exit.  And Key Foods.  And a Metro card.  And a Turnpike ticket.  And a gas pedal.  And a pole to hold.  And the Nostrand stop.  And the uneasy pale faces, and the uneasy dark ones, and the wigs of the orthodox, and the leggings of the college girls, and the limestone of the school on the hill conquering nature, and the brownstones that have never heard of nature, and don’t trust her, that’s for sure .

Taking the train into the city, climbing up, seeing how long the line is, turning around to go straight back to Brooklyn.  Leaving a full grocery cart and walking the whole line of the city limits, where the Mr. Steak used to be, the factory with the white smoke, where the house tracts become field that are the just outside town strip club, and the roads, gravel, wander toward another town.

Images: Flat surface and part of the curved wall of depression for an Aten disk, ca. 1353–1336 B.C.  Metropolitan Museum of Art; window in Lawrence, Kansas.