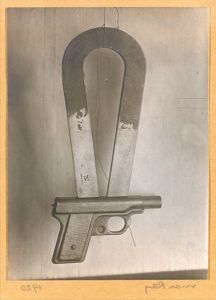 I drove out to my favorite local formerly Confederate sympathizing town last weekend, and sat on a plastic chair in the corner and took notes.  There was a lovely lecture being given on a vegetarian settlement in Kansas.  The settlement, like many utopian communities, lasted about fifteen minutes, but a lot of other history of early vegetarianism and politics and travel stuck to it.

It was, happily, very crowded, 50 or 60 people, maybe, all tucked into the upper room of Constitution Hall in Lecompton on a sunny, ugly-cold February Sunday.  A lot of the audience was older, but not all of them.  Working with young people as I have for years, I enjoy time with my elders.  They are more likely to know that history is complicated, and confusing, and happening now.

The lecture ended, and I asked the guy sitting next to me about his comments.  Some historical sites in Kansas are only open on the weekends, he had said.

“Are you a reporter?” he asked.

“Oh, no,” I said.  I’m quite prone to seeing things the way I want to see them, and skimming across inconvenient facts, and most of all, ignoring things I don’t find interesting.

“Oh,” he said, and continued to answer my question, possibly in a less enthusiastic way, but who knew?  Would he have been pleased to have a platform, or to know the press was paying attention to this little lecture, or would he, like our president, have attacked me for the spreading of lies to which I had dedicated my life?

(I feel certain it’s the former, but these are our times.)

I do take notes, though I am not a reporter, a professional writer, or a scholar.  I like to write stuff down.  Sometimes I use it later.  Sometimes here.  Sometimes not.

A pilgrim on a pilgrimage
Walked across the Brooklyn Bridge
His sneakers torn
In the hour when the homeless
Move their cardboard blankets
And the new day is born
Folded in his backpack pocket
The questions that he’d copied from his heart
Who am I in this frightened world?
Where will I make my bed tonight
When twilight turns to dark?
…Will I wake up from these violent dreams?
With my hair as white as the morning moon?
…Downtown Brooklyn
The pilgrim is passing a billboard
That catches his eyes
It’s Jay-Z
He’s got a kid on each knee
He’s wearing clothes that he wants us to try….

In my graduate classes, it became apparent I was not a scholar, either.  I am really not interested in things that don’t interest me, and when ideas become too abstract, I’d rather have a coffee or make a painting or go for a nice walk.

I do like to do the reading, listen to my kind teachers and fellow students, and answer the low-hanging fruit questions.  And I like to chuckle, because I find graduate school a Very Serious Place.

At an inner-city high school, what we thought was at stake was a kid getting shot in the head or shooting someone else in the head or going to prison or going to college, the way we liked to think those events were mutually exclusive.  I mean, you have to think that, or you’re not going to be able to show up every day.

I’m very susceptible to Very Serious Thinking, so I try to watch that.

How old are you? a student asked last week.  My college students are generally more suave about kissing up.  But not always!  I’m 43.  I think?

Are you a Republican? my students used to ask me.  In Kansas City, I said, I don’t talk about that with students.  In New York, I said, goodness, no.  Cultural differences.

I had to go to the university library to get an assigned reading.  The library is a chateau on the outside and an eastern bloc book prison on the inside.  As I walked the stacks, I told myself I was enjoying just exploring the library, though clearly at a point I was not, I was wanting the damn book.

I went to ask for help (my least favorite thing to do in the world), and a librarian walked me around.  “I’m still not used to the Library of Congress system,” I said, to signal that I was a person of quality who appreciated her and her life’s work.

“Well, it is impressive that Jefferson invented this way to categorize absolutely everything.”

“Have you been to see his library at the Library of Congress?” I asked, actually out of a little concern for her happiness.

“I’ve been there, but I  haven’t been in to see the library itself.”

I wasn’t really sure what she meant, but she asked if I had seen it.  “Oh, yes,” I said.  “They tell you you have to be a scholar to get a library card, but I was like, sure, I’m a scholar.”  I told them I was researching John’s gospel, which was certainly true at the time.  I think I may have actually been enrolled at a university at that time, who knows.

“I was kind of intimidated,” the librarian said.  “Did you want to take the elevator or the stairs?”

We took the stairs.

One focus of the class I’m teaching this semester is inquiry.  Where my high school students needed a lot of information stuffed in their heads, my college students tend to have a reasonable amount of info to work with, and need to be persuaded to consider it open to interpretation, and theirs.  My high school students considered everything theirs (that is adolescence, its better side) and most things, particularly my directions and ideas, open to interpretation (that is the part that drives one to drink BECAUSE I SAID SO).

Ms Schurman, how do you spell ‘coincidence’?

Ms Schurman, how old are you?

Lyrics are Paul Simon, “Questions for the Angels.”

Image: “Compass,” Man Ray, Metropolitan Museum of Art.  I flipped it horizontally, which I feel a little guilty about, but not too guilty to do it, obviously.