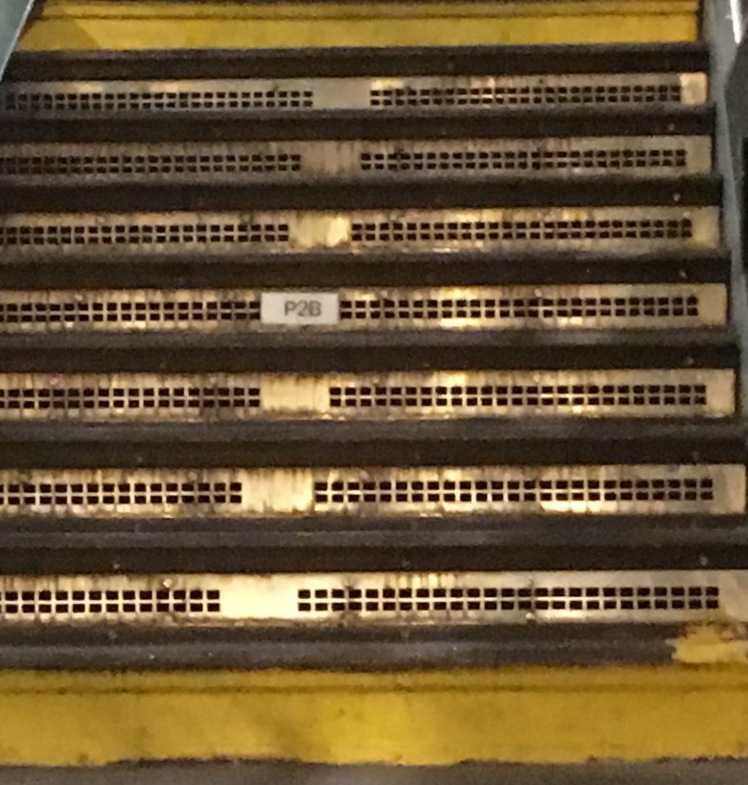 And then I worked in a room where the lesson was “expressing yes and no.”

Conventional, boring kids express yes and no some time between prenatal somersaults and the minute they can turn their heads.  These kids I was with, they were unconventional.

Some had Down’s, some had autism, one had a traumatic brain injury.

Although in run-down gas stations where they discuss drive-by shootings, or on corners where people sit all day in former office chairs and drink, I can find joy, I found this classroom a little sad.  These kids aren’t my audience.  Maybe because it takes a long time to get to know them?  I wasn’t going to get a funny story from a kid that day.

This morning I went down to the basement, through the spare room, and opened the closet to get out my summer clothes.

Now, it is unclear whether leaving New York City, where I necessarily walked three miles a day and hauled groceries and laundry up and down stairs, or my advanced age has caused me to expand in the waistular region.

An event I view through several different lenses:

-smartie, who spends her time on improving her mind and life experiences, and does not have time for vanity

-feminist who will be however she likes, thank you

-flat-chested girl, who at least was svelte

-French-influenced woman, who dresses to fit her figure, and not the other way round, and eats small amounts of delicious rich food

-person who prefers to be perfect

-single girl who may be single, but is hot, so, eh?

-person who has an immense collection of beautiful, lovingly selected secondhand and vintage clothes, at least half of which no longer fit

I pulled out the dresses and skirts and tried them on.  I set the ones that were tight from the get-go in the goodbye pile.  I thought about making a pillow or something with the fabrics of a yellow dress I love intensely, and a blue dress I wore to my sister’s graduation and a boring wedding that resulted in divorce.

I found a few of the things a friend in Brooklyn gave me, they are all relaxedly in fit, and they all are new to me, bless her.

One of the little boys was terribly unpredictable, he would speak with us in a rather conventional way, and then suddenly smack a teacher in the face, or grab another kid’s hair, or fling his water cup across the room.  He got me with a white board marker, on the hand, and on my skirt.  (As I suspected, white board ink comes right out of fabric.  I recalled the time a student told me I had sat in ink, ruining the only khaki skirt I ever loved, so neutral, and so un-bourgeouis somehow, RIP.)

The teachers were chagrined that the kids were doing the hitting and kicking and throwing they sometimes do.  Very sweet.  They have to deal with this every single day, and I had to deal with it for one day.  Getting smacked, kicked.  That physical part of a job like this, I could not handle.

Truly, compared to my days at The Worst High School in New York (whatever, but sort of), when kids threw things at me and refused to even sit down, the bad news is I’m still scarred, the good news is, a little bit of throwing toys or one impersonal smack in the face is not a big deal to me.

All the don’t-fit clothes, I play the games: new me!  (Inconvenient as I’m still quite broke.) Growing out of things!  Like, spiritually!  Things I never liked much anyway, but felt I should keep around, like the dress I wore to the wedding when I cried in the bathroom, or the gauzy thing that works so well with a brown sweater.

Or maybe it’s all about becoming irrelevant, or unfuckable, as Tina Fey would say, or perhaps it’s about death.  Certainly about death of something.  Everything’s about death.

Also I think I slept funny on my ribs, and some muscle in my armpit hurts.

“What kind of animal is this?” the therapist asked.

Mostly the kids were non-verbal, so they looked and did not answer.

“Is this his mother?”