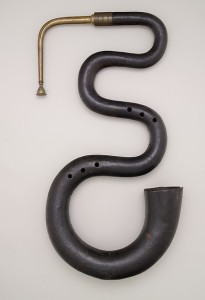 Trump’s not a perfect man, by any means. He kind of reminds me of my ex-husband.  I think he’s a really good man, deep down. This guy has such potential, and I truly believe he cares about our country and wants to help everyone. -Sandy Pearson, 48, Chattanooga, Tennessee

Today I read that Alabama, Arkansas, and Mississippi do not celebrate just Martin Luther King, Jr. Day.  They combine it with celebrating Robert E. Lee Day.

For years I showed my students a documentary about a writing group in a women’s prison. One of the inmates, who is incarcerated for killing her own mother, explains what she did, rather matter of factly, and says that her siblings wouldn’t speak to her for years, and how she wanted to die.  There isn’t any further explanation, you’re just left wondering, why did she kill her mother?  Was she on drugs?  Was she mentally ill?  Did her mother abuse her? There is no explanation.

Betty Harris is unusual-looking: large, with a receding hairline, big, bold eyes, mousy teeth.  The first time the kids saw her, they often gasped or chuckled.  “It that a woman?”  Then she says what she did, and she says something like, “For a long time I wanted to die.  That was all I wanted.  For many years.  But it just went on and on.  And finally after a long, long time, I thought, maybe I want to live.”

I did some further research, and Ms Harris’ mother did abuse her, for many years.

I hear in my head, when I am lowest, and then feel the slight movement that is getting a bowl of cereal or smiling at the cat, I hear Ms Harris’ voice, “I want to live.”

I read: Why are you so negative?  Why do you complain?  Why can’t they be positive?  Why can’t you just support him and hope for the best?

I feel very positive, positive about him needing to be removed from power, positive I have a right to a leader who doesn’t behave this way.  I feel very good about myself, and my education, and how I was raised to believe myself worthy of respect, and how I think with my great privilege came great responsibility.  Maybe I’ve never felt better about how, in spite of a lot of serpentlike messages from society, I still have dovelike passion, and no one’s taken it from me, and no one will.  I don’t have an ex-husband who reminds me of the president.  Baby, I don’t even have a guy I had a kooky sex dream about who reminds me of him.

I don’t want to live in a place still haunted by slavery.  Or a place where schools for poor kids are pits of despair and schools for rich kids are palaces.

But that’s where I live.  And there’s no use in being positive about any of it, unless you mean I am positive about our capacity to grow and change and be more just.

I am positive about that.

I don’t want to live in the particular story when I sit in a room with four ladies who function as my New York aunties, one of them says, “I’m just so afraid.  This is exactly how Putin came to power.”  When she searches for English words and we all hold out hands with English words in them.  “You mean platform?”  “You mean sanctuary?”

This happened, the aunties had plied me with white wine, and then our meeting was over, and I knew I had to walk to the water.  This is an only in New York thing.  In Kansas City, I wouldn’t know where to find water, or look at it, except in my bathtub.  Every time I go to the water here, I play the beginning of Moby Dick in my head:

Whenever I find myself growing grim about the mouth; whenever it is a damp, drizzly November in my soul; whenever I find myself involuntarily pausing before coffin warehouses, and bringing up the rear of every funeral I meet; and especially whenever my hypos get such an upper hand of me, that it requires a strong moral principle to prevent me from deliberately stepping into the street, and methodically knocking people’s hats off – then, I account it high time to get to sea as soon as I can. This is my substitute for pistol and ball.

A park at night, anywhere at night, is dangerous for a person alone, right, and a woman, for sure, it is more so.  New York is very safe now.  I think of my hero, Madeleine L’Engle, living in a comparably safe time in the city, the 1940s, she says, she used to take the Staten Island ferry, or walk along the river at night, alone, to cool off in the summer, and she never thought of the danger.

You have to do these things, though, be unsafe, to know you actually make choices, and you are your own self, no one tells you where you can and can’t be.

Maybe men feel this way, too, I don’t know.

I had to walk through Battery Park to get to the water.  It was ten o’clock.  It had been dark a long time.  It was our freak day of warm in January.  I walked to the carousel, which there is an underwater carousel, the animals you ride are sea animals, dolphins.  A couple sat on the park bench by the stopped carousel, and they made me safe.

And on the boardwalk along the river, a couple, or a jogger, made me safe.  And I looked at the water quite a while because I was a little drunk and pretty heartbroken, and listening to this song over and over:

In Germany before the war
There was a man who owned a store
In nineteen hundred thirty-four
In Dusseldorf
And every night at 5:09
He’d cross the park down to the Rhine
And he’d sit there by the shore

That Statue stays, as it does, where would it go?  Its little light.  And the ferry moved in, smooth, it appears, bringing all the lines of her lights’ reflections, all those underlines, deep, deep underlines, along with her, until she disappeared into the ferry terminal to let people off, and let them on.

The other carousel I know is down next to, below, the Brooklyn Bridge.  I accidentally took a train that let me see it today.  The first time I saw it, it was still in a warehouse, up the bluffs, and the doors were open, so that my friend and I, who were walking by, stepped in, and he took my photo on the carousel.

The second time I saw it, I was down by the river for a writing event, and I sat on a rock and I watched a bride and groom have their wedding photos taken in front of the carousel, her with her dress which is made of plastic (polyester is), and the carousel, where it is installed, has glass doors all around that can be opened or shut, so it could stay circling through September, October.  The East River, the Brooklyn Bridge, the carousel in a glass box, the trains over the bridge and under the river, the wedding dress that is now in a box, somewhere, with a plastic window so you can see what’s in it, all this stayed with me and tried to work itself into a poem I still can’t get right enough to quite please me.

The song is Randy Newman’s, “In Germany.”  Ms Pearson’s quote, at the top, is from here.  Image is  a musical instrument from France, from about 1810, from the Metropolitan Museum of Art.