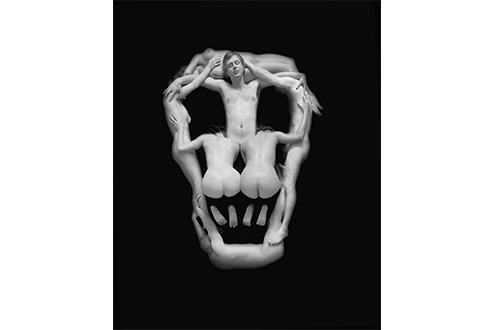 How dark has it been?  Dark.  Again this week when I went to church, I had the feeling we were all sitting there, thinking, really?  This is still happening?  The priest said, we never thought a woman would be publicly humiliated the way women have been this year.  Yeah, we didn’t think so.

Someone was nasty to me at work, and I stood there and took breaths, and just walked away.  I can’t ever argue back in the moment.  I just had to not have myself in the same space as someone making my job unpleasant.

This isn’t true, but the people I dealt with to try and fix the problem didn’t help me talk myself out of it at all.  No one simply said, “I’m sorry.”

Someone asked me to work an extra hour, at the end of a very long day.  “Okay,” I said.  I should not have said okay, I was very tired, crabby, but I don’t know how to say no to things at a new job.  I envy people with kids because they can say, “my kids.”  I have to give this vague, “I have plans,” because having kids is the only reason people can give for having any life outside of work.  My student was sitting there folding a fortune teller from a blank piece of paper.  We were done meeting, and she was making the same thing I’d made when I was in third grade, and writing numbers and fortunes in it, on the pointed flaps.

I sent myself home.  Played guitar, “White Christmas” over and over, I found a solid arrangement in a good key.  I sat and patiently stuck popcorn through a needle, for strings, for our tree, and then hung the strands.  The tree is in a corner, so it saved me some work decorating the back.

I bought groceries.  I’m one of those people who, when depressed or anxious, doesn’t want to eat, so buying groceries for me, is always an action of optimism and faith.  That, and when money is tight, the grocery store is one place I can buy things without fretting about if I should be buying them.  Yogurt, cheese, ice cream.  The comforts of dairy.

I’d like to do something to convince everyone that I matter.  I’d like to not be ashamed of the ways I have protected myself.  If I were truly a hard worker, a good person, I would be able to work whenever asked, do tasks that strike me as meaningless, without my stomach clenching.  I hoped my bullshit tolerance would go up, with age, but I think it’s going down.

I don’t know how much of this darkness is mine, I always do have a time of mourning a family I didn’t have, this time of year.  And the news, daily, frightens me, or crushes me.  It feels like nothing that came before meant anything.  Freedom of the press meant nothing.  Acting with dignity meant nothing.  Being an adult meant nothing.  Respect was overpriced.

When I was able to drag myself out of the apartment for coffee (coffee being 90% of the reason I ever leave the apartment), a man on the street said, “You’re beautiful.  Such pretty eyes.”  And my barista said, “Did you do something to your hair?  It’s all wild!”  This was the perfect thing to say to me, as Beaker and Einstein are my hair idols.  And the next day, the woman who sat in front of me at church turned at the end of the service and said, “You have a lovely singing voice.”  All of those people helped.

In New York I sing instead of dancing.  There’s nowhere I reliably like to go dancing here. I sing, though, either in the basement piano bar, or in the pew above ground, where just on the other side of the stained glass, Alexander Hamilton spins in his grave.  And a block down, George Washington’s statue stand with his arm out, his hand out.  He didn’t want to be king.  People said that made all the difference.  Some people want to be king.  Washington holds his hand out toward the stock exchange, and its tree, not toward the old church where I am going.

My students remain a bright joy, fretting though their problems that are so much like every college kid’s problems, but bearing, I know, a weight of darkness more than most of us carry.  I can hardly bear knowing that they have been abandoned by the people who should love them most.  I can’t believe it, when I sit with them.  I can’t know it.  Do you know how much it takes to get a child taken away from his parents?  I only have a small idea.  My own parents struggle still to convince me they love me, and I am lovable, and even with all that, even with them doing well, I am only almost convinced I should be respected, that when people are dismissive or ignore me, this does not mean something about me that I have always feared is true, I am not important, I am a girl, too young, now too old, too poor, my voice too quiet, lazy, bad with money, selfish, just an okay writer, too sweet to date bad boys and too bad to date sweet ones, too iconoclastic to work for a big bureaucracy, and too methodical to work for a sprightly place.

I know no one sticks those thoughts in my head, I know it is my choice, to some extent, to let them fall on the soil and grow.  They do grow.

I like to think there will be this time when nothing has offended me, nothing is wrong, nothing hurts, nothing is in the process of healing.  No, we are being wounded, and scarring over, and being healed, all the time.  In the darkness we feel the cuts and the healing more, when we can’t see.

The lessons today disappointed me, as I read ahead to see our portion of Isaiah was not one of the best bits, surprise, because that is one of our best bits, Isaiah, and the gospel was about Joseph’s dream telling him he should marry Mary, not that it was the right thing to do in anyone’s eyes, in anyone’s eyes it was madness, anyone’s but his, in his dream.  That story was a good one, after all.  That one was good.  In darkness we dream.

Lyric: Charles Wesley, in our hymnal, “Lo, he comes with clouds descending.”

One thought on “See”