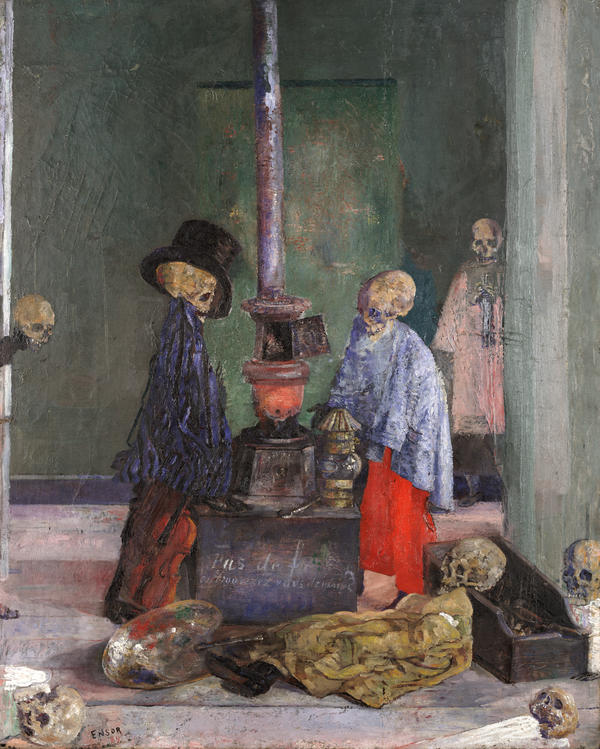 I didn’t know three people who died this week.

On Thursday, my meditation group mourned a parishioner who was shot by the police.  I never met her.

They talked about how okay Ms Danner was when she was okay, how you would never know she was ill.  Someone held a piece of her knitting, just as the priest would at the service the next Sunday, a cloth they use to dry you after baptism, and you get to keep.  It has a cross knitted into it.

Ms Danner wrote of “a strong support system in my church home dealings.”  Churches have plenty, plenty, of problems, but I have seen many mentally ill and disabled people well supported by their churches.

And she wrote, “What if my medication fails me? I ask myself, will I know if it does? Will the illness overpower its effectiveness? When? Where?”

If my medication failed me, I don’t know what I would do.  To even imagine that my SSRI and my rescue meds would stop working makes me imagine I would drink constantly to function.  And all I have is a little anxiety disorder.

In New York City, apparently, there are special officers who are called to help people who seem mentally ill and dangerous.  (I have difficulty separating dangerous people from the mentally ill, wanting to hurt others or yourself seems to me the definition of mental illness, but you know what I mean.)

Sunday morning, the priest spoke about Ms Danner and social justice, and action, and the woman in the pew next to me silently cried and cried.

After church I waited for the subway back to Brooklyn.  I read a book.  I closed my book and walked down the platform, I don’t know why.  Waiting for the train is one of the things that sometimes plunges my brain with anxiety, but I wasn’t anxious, just restless.

It was a friend I ran into– just as randomly, far from either of our homes or workplaces– about a month ago.

He was on his way to a funeral.

This death was also brain-related– odd– cancer this time, though.  The father of our mutual friend, who pulled me through many tough spots, long days, mostly with funny stories and playful energy, but also with one enormous cookie I still remember greedily.

The moment you go from being alone to hugging someone in Manhattan is a moment I have always loved.  It’s a tiny salvation that happens again and again.  My sister approaching the Natural History Museum as I ate an apple.  My curly-haired friend and her curls coming up Park Avenue, me going down, the restaurant where we’ll eat in the middle.  Tumbling down my building’s steps to open the door for a beloved face.  Very small salvations that one hopes add to the well of what we can believe in.

At my stop, I said goodbye, the train went on, I climbed up and out, and walked around a beautiful city autumn day with my chest feeling so open and so bruised.

The third: a friend whose sister was mentally ill died.  I had followed this story at a far distance, frustration at lack of help, limits of care.  I knew the facts of it.  It had eerie and terrible inevitability, at my distance.  One day, we both had sisters who were alive, then he had a sister who was dead.

It’s a time of death.  The beautiful autumn day included walking past many brownstones with skeletons hanging out.  We have a festival of death, of winking at it, and it’s here.  People with children think it’s perfectly okay to have representations of dead people dancing across their lawns.  It is.  We need to.

Skeletons have no softness, no soft parts, no brains to misfire, no minds to have or to lose.

At meditation this week, I saw myself floating down a river, a small river, an Ozark river, that is where people float, back home, and it is not athletic in the slightest, it is stepping into the current.  Paddling over to someone you want to talk to, letting yourself drift away from them.  People get so drunk they can hardly stand up, and yet I’ve always been amazed: they rarely drown.  They look after each other, the current is usually slow, manageable, they get wet, break ankles, but stumble out and recover.

2 thoughts on “Skeletons Warming Themselves”