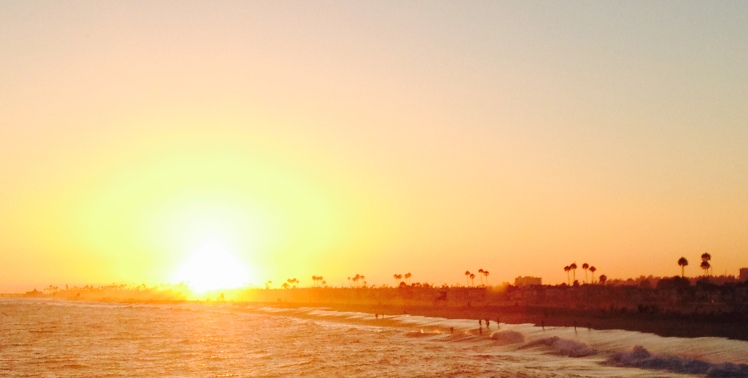 When you can run around half-naked, it’s different.  I think.  Anyway it is different in southern California.  Every time I visit, their lack of giving a shit impresses me.  I read Joan Didion, on California: it has to work there, she says, because there is nowhere else.  You are on the edge there.  Which explains better than anything living on the coast, by which I mean New York or LA (like a New Yorker).  When I am impatient because people here walk too slow, there is nowhere else.  There is nowhere else on our planet I can go and walk faster.  This is absolutely it.  Maybe they are taller in the Netherlands, but I’m sure they don’t walk as fast.

It is Labor Day, when our neighborhood is adjacent to the second largest public celebration in New York, the West Indian Day parade.  In the West Indies, you can run around half-naked all the time.

When I was five, we lived on the street the Prairie Village Fourth of July parade marched down.  My aunts and uncles sat in lawn chairs in our front yard and the cooler was full of watermelon, and I got blue and red yarn on my pigtails.  Here we are four short blocks away, a distance that protects us from the clouds of barbecue smoke, the pounding music from speakers on semi trucks, twelve hours of crowd down two miles of sidewalk.

I took my usual walk, half a mile of parade route.  Feathers are gorgeous, gold fringe, every woman once she has breasts has a fully sparkled bikini top and a feather headdress.  I covet the headdresses so big they are floats, the women walk, they have a man beside them to guard them and, I suppose, to take an arm if they become too weary.  They must be so heavy.

Again I muse on how I’ve been a guest in black communities a long time, and how I am always thankful to be tolerated, and I am honored to be welcomed.

A friend tells me he went to last night’s celebration, which is called J’ouvert.  Four people were shot at that part of the party.  He’s fine.  The daytime scene feels wild but safe.  All the booths selling jewelry, flags, t-shirts, tinfoil vats of food, daiquiris in pineapple halves sold out of a grass hut.

I haven’t been to the Caribbean, partly because I feel awkward about visiting anywhere I’d feel like a fat American overlord.  It’s been such an education for me here, knowing older ladies from the islands who want everything at church just exactly so because it’s always been that way, learning from teenagers there isn’t Game Stop in the DR anymore, but that there are horses, beautiful horses, and the beach, always the beach, and you can drive there at any age, Ms Schurman.  I drove when I was eleven.

There was talk the parade this year could be interrupted or ruined by the hurricane.  We have seen not a drop of rain.

I feel the admiration of someone who has built costumes, and wishes she could build them better, and loves to romp around painted, masked, glittered.  And the complete outsiderness of someone not from anywhere, at an event for people to actually wear the flags of their homes.  Lots of guys wear their flags as capes.  Ladies wear two stitched together as a dress.

There’s no flag I would wear, I guess, there’s no flag I even would fly.  I’m not the least bit patriotic.  Once when I was about to land back in the United States, I was listening to “Rocket Man,” and I thought, oh, how American, I’m home, and then I remembered Elton John is British.  Whatever.  No: another time I felt patriotic, when I was flying home reading Kurt Vonnegut, A Man Without a Country, and crying.  But that was feeling love and loyalty to American dissent, to artistic dissent, and the optimism of despair.

Two days we had in Huntington Beach, California, and I wore as little as possible, and was free (except sunblock, sunblock), and there it is still summer, will always be, as we here move into other  kinds of skies, without green leaves, without the salvation of sun.