I set this rule for myself: if I took a task out of the box, I had to do it.  There was only one I failed to complete. 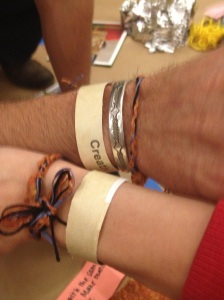 This is called a TASK Party.”  Really it was two of the happiest hours of my life.  Everyone is good at something, I am good at TASKs.  I can’t thank artist Oliver Herring enough. 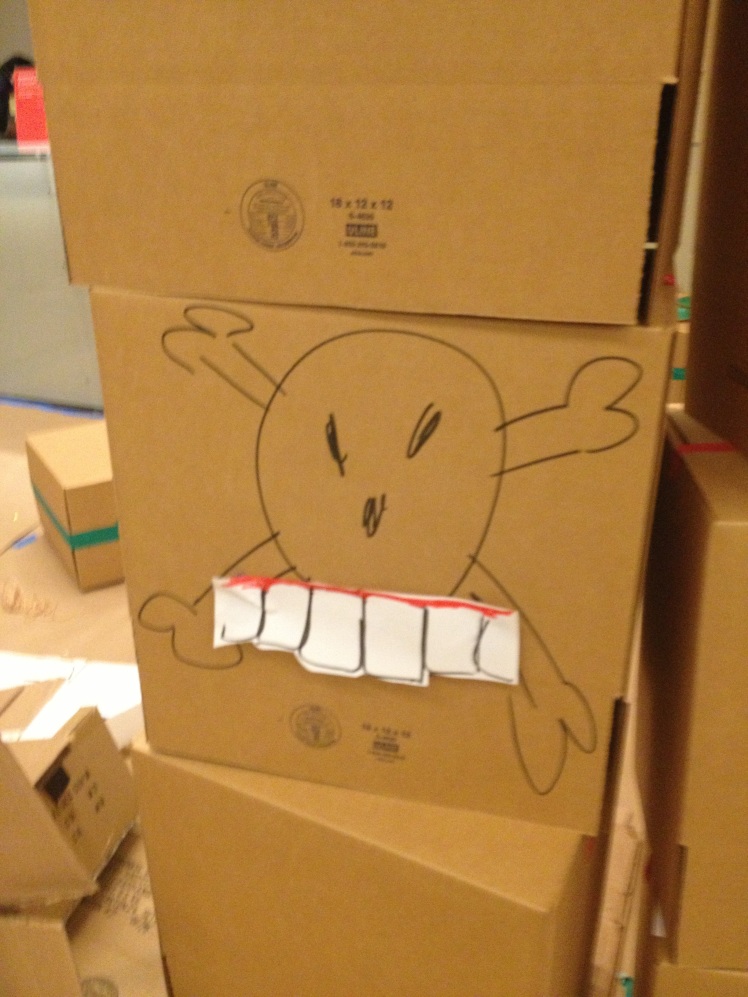 This TASK Party was part of the Metropolitan Museum’s Educator workshops.  There were other events at the Met that night for teachers, but I didn’t go listen to ideas for lessons or write in a gallery, that’s all well and good, this was better.

Why was this so magnificent to me?  I was drunk with it almost immediately.  I loved the parallel play of it, parallel play is hard to find, as an adult.  Where you can be alone and together.  This is why I am at my writing space in Brooklyn, I suppose, right now, parallel playing. 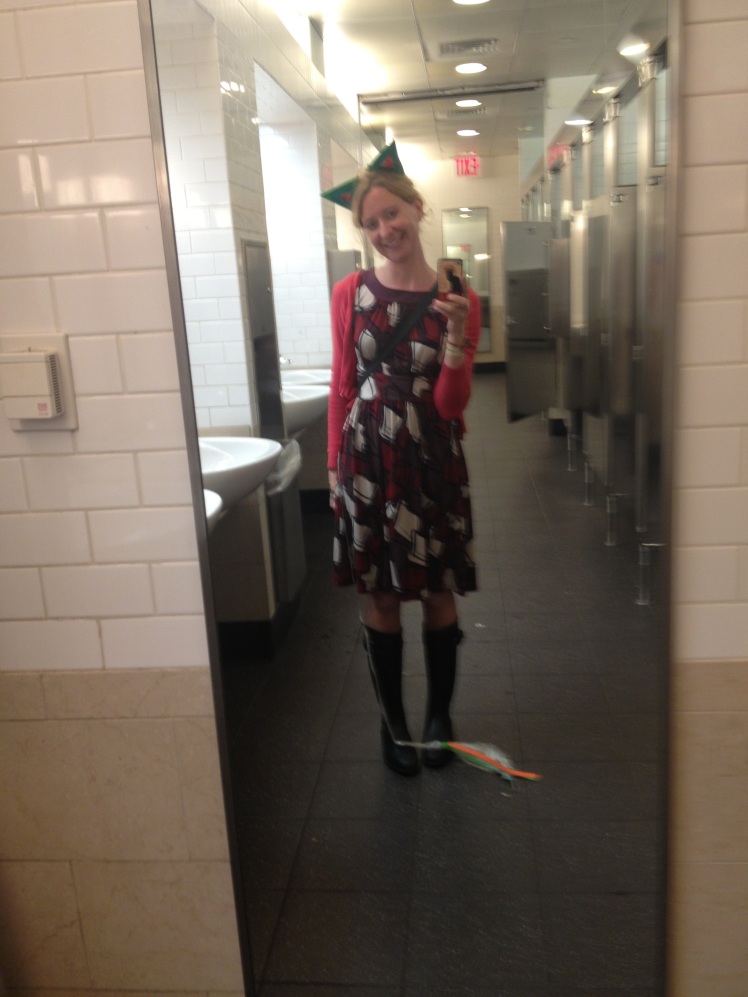 Especially being a generative and solo-working artist, this is an invigorating change.  I believe strongly in the need for play, and the need for artists to make things quickly, being silly, spontaneous, to help us stay flexible and fresh, for our harder, mopier, hands-to-the-plow work (for me, writing a novel, editing for the millionth time, or submitting things a million places).

When it was over, the DJ played “Last Dance,” which, as always, made me so sad.  I was hoping he was just playing that, it didn’t mean it was over, although our numbers had dwindled.  I would say 30 of us, maybe 40, had been in there when it was crowded, but the last half hour or so there were the core of us, maybe 15, doing each others’ tasks.

An expected joy was being told to make stuff, that directive, and the time and space to do so, makes me so happy.  The unexpected joy was noticing, realizing, my task was being done, or had been done, someone else was getting joy from my idea.  That was amazing, in a  different way from my usual experience of that. 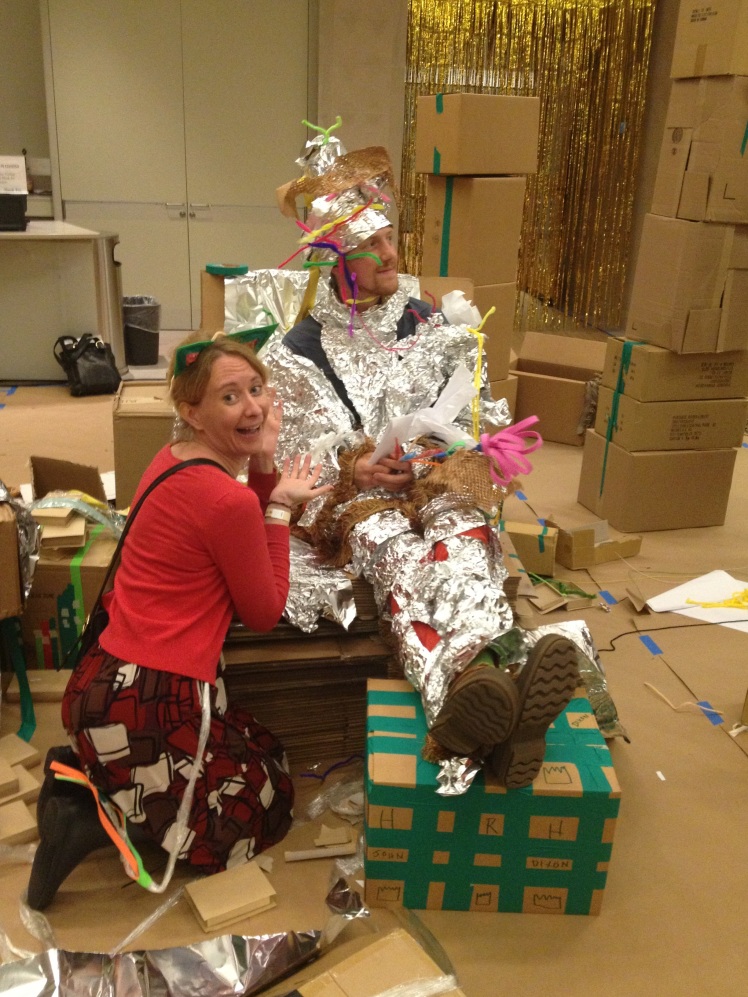 “It gets harder to think of something, doesn’t it?” someone said, and I said, “Yeah,” but actually I felt like I could have written tasks all night, I was going like gangbusters.

I create things for people to do all the time, being a teacher. Sometimes they enjoy them, make great things from the assignment, but enjoyment isn’t the goal at school, of course.  In this space, it was only for joy.