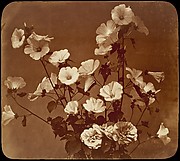 I was sitting on the train looking out the open doors to the platform, the doors were open, a woman took out a book without looking at it, a yellow paperback, and she held it up, upside-down, then she looked down, and she turned it around.

The class I was in was about resurrection, and I had to admit, I didn’t think I believed in it.  What I do believe in is transcendence.  I know how to be bigger.  I can almost always sit or kneel and close my eyes and be bigger.

I walked by a long plate glass window and even with the glare I could see there was a huge screen of floating pink flower petals behind the man in the suit.  The man in the suit looked at me, smiled, waved me to come in.  I was like, no.

I turned the corner and there were at least four more guys in suits, all young, beautiful men in suits, which is something I don’t mind looking at at all, it is no trouble, and two more of them invited me in, and I looked away.  I stopped once I was past and wondered why I had not gone in.  I felt like I should stop and say, “I don’t have any money,” as the whole thing was so lavish and I was not about to buy anything they were selling.

I turned around and went back, each suited man greeted me, one gave me a booklet and explained this was a “multisensory experience,” I went inside, around a corner past the flower petal screen, the first man approved of me changing my mind.

Each little station inside, it was quite dark, soft black.  At each station a beautiful, well-shaven man looked into my eyes and told me, in a pearl voice, the honorable act I was about to engage in.  And I stopped to look over into pools of water full of rose petals, when you bent over, the water knew, and parted, and a beautiful fact about the special roses, grown only in a certain town in France, used for perfume appeared.  A pool of jasmine petals was on the other side.

I moved my hand through beams of light that played notes, making a chord like the chord of the perfume, with all those notes.  I looked at a bunch of clear plastic squares hung up in a neat pattern, no one explained that one to me.  Finally the last suited man told me to walk up and lean into a cutout of a perfume bottle and smell.  Ah, there was the smelling, they saved that for last, of course.

When I thought of the rent on that space, and the cost of the suits, and the men, it was clearer to me where my money spent on perfume goes.  It was equally upsetting and great.  What is a scent without mysticism?

Church the next week, I thought of a few other things I believe in: submission.  To your fate, that is, what is happening and not happening to you now, to ideas bigger than you, to pain, to forgiveness.

I went to Williamsburg for this lecture on the prison system.  Williamsburg is one of those “cool” parts of Brooklyn that I do not live in.  The volume of young people and cute restaurants exhausted me.  I went into the theater for the lecture, and sat next to a long red rope hanging from the ceiling.

The talking about prisons included liberal bemoaning “the real criminals,” an old woman jumping up and demanding we speak about police violence (at her age I will let her say whatever, but it was boring), and us all congratulating each other for being such eager to pay taxes, open minded people.

People who all love the idea of living next door to, say, a convicted sex offender.  Or paying higher taxes in this already wicked expensive city.

A white guy asked about how not to be scared for the girls in prison he was working with, and five people jumped in and explained why he shouldn’t be scared of people who are in prison, or have been in prison, in fact, I was incarcerated, they look just like you and me.  A man who has been making regular trips to Rikers is, you know, not afraid of people in prison, but they heard what they expected to hear.

Did I have to move to Brooklyn to love Republicans?  No.  I already loved them.  I just appreciate them in a different way now, raging liberal though I remain.

The great parts were: the magnificently pinstripe suit attired, slightly bumbly, hot shit cohost of the panel.  She had crazy hair.  She has her own dance company.  Also: that red rope?  That was her thing.  We were told to pull the ropes whenever we wanted, to keep things “risky,” which, philosophically, they were not, but with paper scraps and white feathers occasionally raining down, they were more interesting.  I tucked one feather, and one scrap of black paper, into my purse.

I took the train back into Manhattan and then back into Brooklyn, to home, it was faster, don’t ask, all the time reading, thinking I could not listen to music or play my all-important candy crush knockoff game.  All my progress in conquering pretend Australia: gone.  My phone had been stolen that afternoon.  I felt very strongly that things would not be all right until I had a phone again.  All the music I had ever bought on actual CDs, gone, gone, I had not gotten around to moving it to my laptop.  I had left all the actual CDs in my last move.

When I walked into my living room, I thought, oh, home.  I didn’t remember ever having thought that of the apartment in quite that way, home seemed more like a word for it I was expected to use.  My cat walked out of my bedroom and fell on her side to show me her belly.