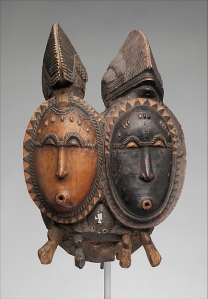 1. I was innocently waiting for my smoothie.  There was another girl with a black beret, and she had a wedding ring, meaning someone loved her, whereas no one loves me, or ever has, or ever will, except for the people who have, you know.

2. Getting off the subway twenty minutes later, a woman climbing the steps ahead of me had a black beret.  She was using a cane.  Her bag, her shoes, her coat, all of them were just serviceable, that is, ugly.

Married girl, pretty brunette, is ahead of me, old lady with cane and ugly clothes is behind me.  Sometimes I protest that nothing is a competition, many things are not, to me, but being married, and having pretty clothes, and being young, and smart, these things count so much.

1. I went to church, which theoretically straightened my head out at least for a few minutes, we heard about Jonah, which was nice, Nineveh got saved, the wafer stuck to the roof of my mouth so securely I was still picking it off with my tongue when I went back to pray.  Then I walked to the drugstore to buy a new notebook.  They pretty reliably have a Mead 5 Star college rule in-between sized notebook at a chain drugstore, the only type of notebook guaranteed to be no problem for me to write in.  Plain supplies for plain people.  I walked to where I thought it was.  It wasn’t there.  There was a bank there.

This part of Brooklyn is thrown off by Flatbush Avenue and our biggest park.  All of Brooklyn is a touch confusing, streetwise, and I am pretty low skilled in finding things.  I walked up another block.  No, there was the park.  Where was the damn Duane Reade?  Over a block?  How had I walked up Flatbush and missed it?  It was further down?  I had worn a dress and galoshes, and the January was starting to freeze my knees pretty deep.  The streets were very wet, big puddles, didn’t matter.  I walked past two birdfeeders made of milk cartons tied to a tree.  I kept walking.  The snow from last night was icy chunky, not good for building with, but nice to have some white.

2. Once in Kansas City I was with my friend and we were looking for our favorite bar downtown and we couldn’t find it.  We had not been drinking, we were going drinking.  Downtown Kansas City is not a hard place to find things, especially not if you have lived there for most of your life.  Somehow we were thrown by Broadway versus Main (my classic where is it vague question ever since I moved into the city).  We stood at an empty lot and looked at it like we were in a “Twilight Zone” episode.  Isn’t it, like, right here?

It was a block down and a block over.

I am worst in Kansas City, actually, I think I know where something is or how to get there and then I forget it’s my sister who lives off College and my grandma who lives off Nall.

This isn’t because I moved away, this is how I am.

I think I know where things are.