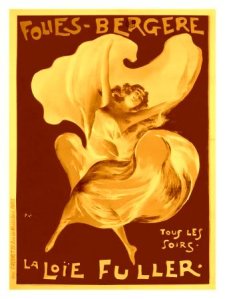 The heart wants what it wants, I guess.  I wanted a fish, and I although I remember wanting one before I saw “Finding Nemo,” it took a decade before its lessons wore off enough that I could consider having a domesticated fish to be a humane practice.  Just another victory for Pixar.

My residual nervousness about taking another creature into my home meant I did not have an easy time purchasing the fish equipment and the fish himself.  I went to the pet store twice “just to look,” and only through a great act of self-discipline did I actually carry merchandise up to the counter on that second visit.

Although fear of rejection is a powerful motivating force, there’s also fear of looking back on your younger days (all of the ones you can look back on are younger) and thinking, I should have been more foolish, because I was going to die regardless.

My fish, Henry, is a red betta.  Bettas, aka Siamese Fighting Fish, were thrown into tanks together just to watch them go at it, proving that some things are both worse and more boring than TV.  Male bettas can’t stand any other male betta fish being around.  They will always fight to the death.  That’s a special kind of neurotic.  I find it endearing.

Henry spent three days in his tiny cup on a very high bookshelf.  My mean black cat noticed him first.  She sat on her haunches giving him a terrible stare.  My nice white cat noticed something was moving up there, but he’s not too bright and returned to more pressing matters like sitting on my bed doing nothing.

Once the fish tank water was prepped, I obsessively read websites about how to most comfortably introduce Henry to his new tank.  European law requires a fish to have at least 10 gallons to swim in.  American law doesn’t give a shit.  Similarly, while the New York subway offers many strange doors and stairs and tunnels to get lost in, the London underground posts precautionary signs about how many steps one must climb, and admonishes one to mind the gap.  I compromised and bought a 5 gallon tank.

After 24 hours of the water settling itself chemically or something, and a day of letting the heater warm the water to a balmy 70ish degrees, I set Henry’s cup in the top of the tank.

Unlike having other mammals in your house, who basically want what you want (cuddling, oxygen), I was introducing an alien.  Henry wants an environment so foreign that he seems to live on another planet– from my terracentric perspective.  Like me, though, Bettas can breathe air from the air, and sometimes go up to the surface to take a breath.

Henry swims around the two plants in his tank, sometimes with his tiny side fins twittering like hummingbird wings, and sometimes lazily, with his Loie Fuller tail.  His food gets caught in the current of the filter, flying down and up and then into the gravel at the bottom.  He gets some bites in, though, here and there.  I think it’s enough.