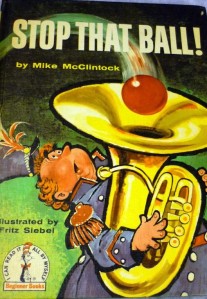 I had to pull over my car and yell at my friend last night.  We had been talking politics.  “I can’t talk about this anymore!” He looked at me.  “I’m too upset!”

Normally, I would have clammed up, had a glass of wine, and nursed my little resentment until the next time I saw him– let’s call him Friend A– or until I found something more intriguing to resent.

A has a poster of Barack Obama on the wall at his house.  I mean, really.  I could at least flip out on an independent.

I had just come from a dinner with another friend, let’s call her Friend X, just to spice things up.  She had just returned from an exhausting visit with her sick, elderly father.  “Maybe he won’t die,” I said.  “Maybe he’ll get taken up to heaven in a firey chariot.  Or maybe earth will get hit by an asteroid and we’ll all die together.”  What I meant was not, don’t be sad, but stay in the present.  I’m tempted to be sad about my parents dying, too, even though they seem fine.  We sorta laughed, and parted, so I could go meet Friend A.

After I yelled at A, he said, “What are you angry about?”  Well, that was kind of a reasonable question, so I was taken aback.

Maybe I was mad because I wanted to fix things for A, and I knew I couldn’t.  He had recently lost a father figure.  The funeral was last weekend.  I was worried about him, that’s why I was taking him out, and I was trying to be on my goddamn good behavior.  I knew I was splitting my evening between two friends who were getting kicked in the teeth by life, and I really wanted to be kind to them.

Maybe I was upset about X’s father being sick.  Maybe I was angry that A’s friend had died.  Or maybe, as I told A, I was angry that education is not equal, and people constantly repeat the lie that America offers equal opportunity, as if saying it will make it true.  That does piss me off pretty bad.

Everybody needs to be told to stop sometimes.  Even grieving people, even sick people.  Last fall, when I was engulfed in this storm of migraines and anxiety attacks, there were several times someone snapped at me, “That’s enough.”  Or, “We’re not talking about your pain anymore.”  I was annoyed, and I was relieved.  Even if you’re sick, it’s not useful to obsess about yourself.  And even if someone is grieving, you’ve got to let them know when they’re hurting you.

When I visited my sister in California years ago, we had this joke that if an earthquake started, we would snap our fingers toward the ground and say, “Stop it! Stop it! Stop it!”  We were making fun of someone we observed using this technique on dogs and children, in the most condescending way.  If there was too much traffic, or water was taking too long to boil, we would snap at it:  “Stop it!  Stop it!  Stop it!”

Jesus calmed the waters with a basic “Stop it!” move.  He stuck the ear back on the servant of the high priest.  Buddhist meditation uses “Stop it!”  When I visited the monastery last month, we stopped it three times a day to sing and pray and eat together.  You might go ahead and do the crazy thing you had in mind at first.  You might not.  But at least, if you stop it for a second, you might notice what you’re doing.