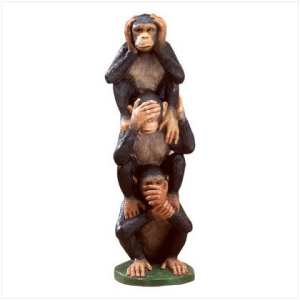 I had a friend who was a wonderful liar.  She moved into town when I was in seventh grade.  She told me she had moved to Prairie Village from Yemen.  She showed me Yemen on a map.  Whenever Yemen is in the news, I think of her.

I felt hopelessly provincial as a kid, which sounds ridiculous, but let me assure you: I was a precocious and overeducated child.  If I had known the word “provincial,” I would have used it.  Everything about Yemen fascinated me.  My exotic friend was short and round, always crossing her arms over her humiliatingly extravagant breasts.  I was tall and skinny and constantly slumping to hide my humiliatingly modest breasts.  We were both awkward of body, but she was rich in stories.

In Yemen, there are monkeys everywhere.  They are in the trees.  There are lizards everywhere, too.  You see them on the walls of houses!  They climb up out of the toilets!  Once they were eating in this cafe, and a monkey came up to them and….  We sat by the empty bike racks waiting to be picked up, and she told me stories.

In ninth grade, I danced with a boy who wore a leather jacket.  He was a complete dork– don’t worry.  Yemeni girl was long gone by this time.  I had another friend, an old friend from elementary school, who was at the mixer with me.  I danced with Leather Jacket, and I was over the moon, more about the smell of the leather and the physical proximity of any boy than the specific boy himself.

The next day, mixer friend told me she would set it up so that we could all go to the mall.  Leather Jacket, a friend of his whom she had a terrible crush on, and me.  She would call him!  He had given me his number!  I was too timid to call, but she would make the deal for us both.  A half hour later she called me back.  There would be no mall trip.  Leather Jacket had told her he loved her.  In French.  “Je t’aime.”  She was so sorry, but wasn’t he such an idiot?

There are no monkeys in Yemen.  I still love my memory of Yemen, and how delighted I was to have a friend who had not always lived in Kansas.  I loved believing that exotic places actually existed.  I imagined dusty streets and flashing-fast lizards and marketplaces and geometric screens and mysterious people draped in rough white cloth.  Looking back, all her tales seem much too fantastic.  They sound like the stories of a girl trying to be accepted.  A girl who lived around the block from me, whose fabulous globe-trotting father I never saw.

Why did my mixer friend lie?  Did she think if I started dating I would abandon her? I would have.  Did she need me to remain as awkward as she was?  Was she raised in a family that used lies as fuel?  Would I even have been brave enough to go to the mall and hold the boy’s hand again?  I don’t always mind lies, but I like questions better.