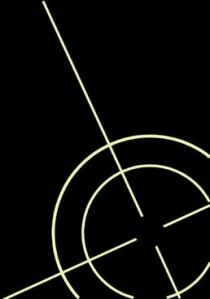 Of course, nobody told this guy to shoot a Congressional representative.  Still, when I saw Palin’s graphic, I thought of every first-person shooter game with gory blood spurting graphics, and I thought of JFK.  And I know if I found crosshairs drawn over a map of my classroom, I’d consider that a violent threat, because students have actually threatened me.  It’s different to see an image like that when you know the “target” gets threatened on a regular basis.

This is part of the reason people noticed Palin’s imagery.  Then there’s the fact that she makes such a big damn deal of waving her guns around and talking about how awesome it is to shoot them.  Maybe we liberals are oversensitive, or maybe she set herself up.

Threats from students are one of the few infractions I really go to the mat for.  I’ve never been physically attacked by a student, or had my possessions messed with (that I know of).  But several times kids have threatened me.  “She’s going to be sorry.”  “Something’s gonna happen to her.”

I’ve dragged the threateners down to meetings with our disciplinarian.  I explain that some things you can’t joke about.  For example, having a bomb in your luggage at the airport.  Then, “I know you didn’t mean that you were going to do anything, but you can’t say things like that.”  True or not, now the kid has an out to make peace with me, without losing face.  We also talk about how threats mean you will be the first suspect, even if you don’t do anything wrong.  (Palin’s problem.)  Tomorrow I have a flat tire, and I immediately suspect this kid of puncturing it, rather than assuming I drove over a nail.  Wouldn’t that suck?  Kid agrees.  Apologizes to me.

I don’t think any of my students actually followed through on a threat.  I think they lost their tempers and wanted to show off.  I have taken every threat seriously, though.

Once I had  a student yell to another student, “You’re going to get a bullet in you!”  She had been picked at and picked at.  She was fun to tease because she would easily spaz out in a theatrical way.  I didn’t believe that violence was in her character– in fact, I guessed she was too distractable to follow through with any violent feelings.  She was slow to anger and quick to forget.  I told her to go to the bathroom and calm down, and I meant to have a longer talk with her later.  I never got around to it.  Maybe I shouldn’t have trusted my own judgment so much.  I’m still troubled by that incident.

People with mental illness can get violent, and they don’t necessarily need inspiration.  I’m not comfortable knowing I might have even a tiny, backhanded, accidental part in encouraging violence.  Avoiding the appearance of encouraging lunacy should not be a move to avoid responsibility.  It’s part of a mature commitment to clear and responsible speech.

One thought on “Crosshairs”