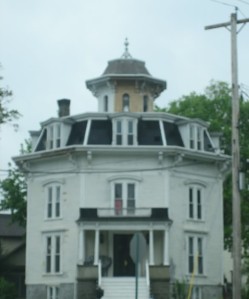 “The French have a horror of the smell of cooking food, whereas Americans find it appetizing; in the nineteenth century the first French Rothschild went so far in this aversion as to have the food brought from the kitchen to the dining room on an odourless, because underground, train.” –Edmund White, The Flaneur

(I couldn’t figure out how to put a circonflexe on that Flaneur.  But I do know what a circonflexe is, if that makes it better.)  Seriously, the smell of cooking food?  What is the difference between the smell of cooking food and cooked food?  There are subtleties that, as a corn-fed American, I’ll just never understand.  This makes me feel much less bad about refusing to use powdered creamer, or “creamer” that isn’t, in the main, something from a cow’s tits.  It’s the only time I feel my European ancestry.  We drink cow milk.  We have for centuries.  And wait, “odourless, because underground”?  It seems like a great book anyway.  I just started it.

“The ruling gentry in Thomas Paine’s hometown had their own octagonal temple, and Thomas Jefferson had built an octagonal house for his daughter.  Jefferson was so delighted with the result that he also built her a pair of octagonal outhouses to accompany it.  But Fowler brought a new and nearly religious fervor to octagons.  They allowed more windows and thus were lighter, healthier structures, he insisted– and his readers all knew how essential good health was to the moral improvement of the world.”  –Paul Collins, The Trouble With Tom

Number one, I think octagons are ugly.  There was a house either hexagonal or octagonal around the corner from where I grew up.  It was a glorious shot of scotch in a very warm-milk area.  Still ugly, though.  I imagine that back when it was so much harder to get straight lines, before computers and machines, straight lines were super sexy.  In my time and place, I have sought out sagging lines in every building I have lived in.  Sagging is the thing now.  Good health leads to moral improvement?  Oh, silly Americans.  Lucky for the sick and the cheerfully degenerate, that just doesn’t follow.  Finally, if you get a chance, you’re going to want to say “octagonal outhouses.”  I’m going to try to work that into conversation tomorrow.  That’s the kind of phrase that makes people stop and think, both in its meaning and its poetry.