The monument is like a ship, a big black marble ship you walk in, can look up to see the buildings that scar the sky, and forward, to see the semicircle of marble where there are symbols.  Symbols of various good ideas, from various African cultures, and a crescent moon, and a cross.  I was alone.  I was alone, I couldn’t see any other people.

It was on the my list of things to see, to distract myself from the fact that I have no job and am about to run out of money: the African Burial Ground.

Being alone in Manhattan is a strange and wondrous thing.  I only remember it happening a few places: once or twice in the teacher’s lounge at my old school, and once in a deeply tucked-in dead-end room at the Met.

Cinema has taught us to be alone in Manhattan is also to know the apocalypse.  How it might be to be really alone, not feel alone or seem alone.

I was alone, though, wholly alone, well, with whatever is left of 15,000 people who had been buried there because they were black.

Most of the parks you could name in Manhattan used to be cemeteries for the poor: Bryant Park, Union Square, Washington Square.  In Washington Square park, perhaps 20,000 dead.  What should it be?  How long could you nod at the dead?

When you are from a newer place, a place relatively undisputed, as places go, it seemed to me history might be thoughtful, progressive.  Were there Indians in Kansas?  Oh, there were.  A long time ago.

At first New Amsterdamians and New Yorkers of all backgrounds were buried together.  Then, in 1697, the church where I worshipped this morning (well, its ancestor self) banned black people from being buried within the city limits of New York.

During the Revolutionary War, the British held New York City, making it a magnet for escaped slaves.  Before the revolution, almost all blacks in New York were slaves.  Afterward, only 2/3 of them were.

The freeing came in fits and starts.  Ultimately it was July 4, 1827, when all slaves in New York were freed, no matter when they had been born, or to whom they were enslaved.

When I visited Dr. King’s home in Atlanta, I was disturbed to see how few white people were there.  I wondered how many white people visited this monument.  We were all saved from slavery, we all live under its shadow still, and we all require encouragement to mourn and honor our past and hope for better.

Anyway I was alone at the African burial ground site, with no one to dislike for not being there.  It was a hot that could be held by not moving too fast.

I went uptown.  I got a cookie and sat in the one-floor-below-ground garden of the former Whitney.  It isn’t really a garden.  It’s an outside place to sit, where the heavy jutting outness of the building shaded us so fully that when the traffic and wind sound became rain sound, we could only see it against the face of the brick building across the street.  “I think we’re all right here,” I said to the woman who had sat next to me.  She had an Italian accent and was also eating a cookie.  She nodded.  We watched the rain far below our brown granite awning.

It is a building I at first hated, the first time I visited, when I was eighteen.  I came to find it warm, the way Frank Lloyd Wright wanted the Guggenheim to be, and human-sized, and digestible.  Its cubby windows, its mini village snuggled in the stairwell.

The building has recently gone from being as cool as the Whitney is to as uncool as the Met is.  The guards are now in their dress blues, the whole system is on the Met system.  The building is now part of the Met, New York’s aircraft-carrier sized cathedral, rather than the Whitney, who moved downtown to wave in the whole overexpensiveness of contemporary art with a restaurant for people who want to be seen there, not a cafeteria with kids’ meals or an atrium full of footworn tourists wearily looking at their phones waiting for someone they know to marathon it through another half mile of paintings  and mummy cases.

Unfinished was the show at this new-christened place, Met Breuer.

Jasper Johns’ paint-by-number target: he created it, you complete it.  Never completed.  Never to be.  Until that apocalypse day you are alone in Manhattan and you find the glass smashed and you take it out.  And paint, careful or sloppy, all yours. 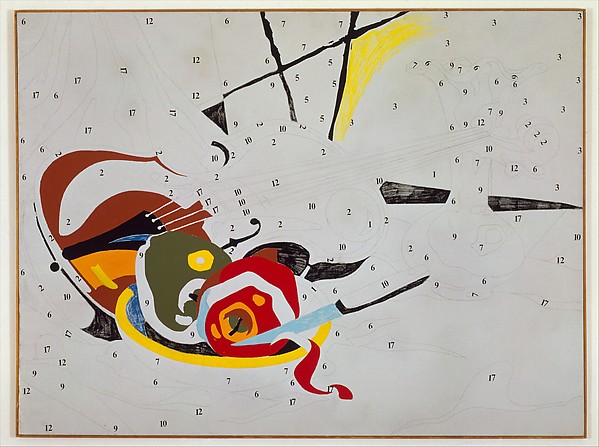 Andy Warhol’s paint-by-number, a violin half done politely and half done comically. 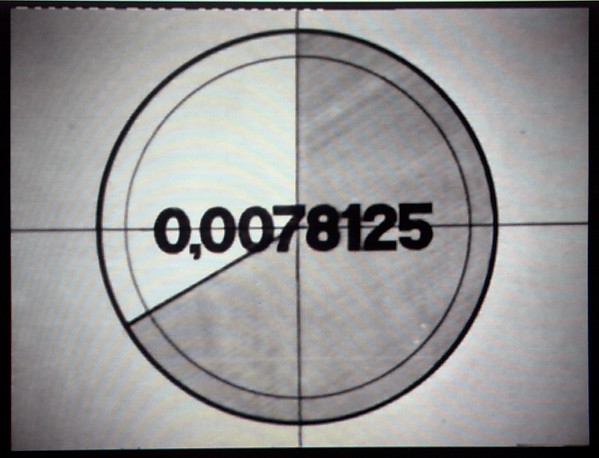 Perhaps my favorite: a film that has an introductory card (A Film by) and then a countdown, 5…4…3…2…1…1/2…1/4….  I stopped and chuckled, and then I waited and watched other people watch it and get puzzled or disappointed but no one laughed so I didn’t like anyone else in the gallery.  It was funny, it was funny, nothing happens, you see, nothing ever happens, things just get smaller and recycle themselves. 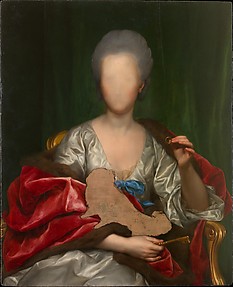 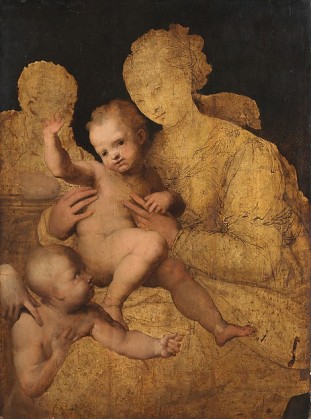 Old paintings, funny to see in that space as you are not used to seeing the Madonna and Christ treated properly in that space, only mocked and rehashed there, in the moderns, the contemporaries, but with the Met’s paintings there, you can see how some painters began loving or at least respectful paintings of them and stopped, for one reason or another, who knows.  Portraits of the rich without faces, perhaps they were not paid for, faces.

A Whistler with the suggestions that show what it is like to be somewhere without being there at all, how people move away from you without moving. 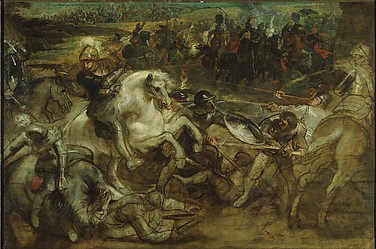 Images from the Metropolitan Museum of Art’s show, “Unfinished”: